Summer enthusiasts will find themselves in heaven on the Athenian Riviera. From the busiest beaches in Paleo Faliro, Alimos, and Glyfada, which provide limitless entertainment and opportunities for mingling, to the deserted beaches around Sounio. Attica’s coastline encompasses the entire Aegean island chain. With 300 days of sunshine per year.

Thousands of Athenians come to the beaches in the southern suburbs during the summer months to enjoy their baths, just a short distance from the city center. The coastline, along with the northern suburbs, is the most expensive residential neighborhood in Athens, due to its vibrant nightlife, luxury stores and hotels, beaches, and close to the city center.

It also competes in terms of value with Athens’ historical center (Plaka, Herodos Atticus) and the Syntagma. It attracts a large number of visitors during the summer and is served by the tram, which runs from Neo Faliro and Syntagma Square to Asklepeio Voulas, in addition to the current bus network.

Paleo Faliro, Alimos, Kalamaki, and Elliniko are all interesting areas of the Athenian Riviera, as the area of the southern suburbs is known. The true protagonist, however, is Glyfada, Attica’s major commercial, financial, gastronomic, and entertainment district in the south. The idyllic location includes shops evocative of big cities overseas, highly stylish all-day café bars and restaurants, and a marina with beautiful yachts.

The only golf course in Athens is located in Glyfada and invites golf enthusiasts every day from morning till sunset.

In general, the southern suburbs are conducive to sports and other outdoor activities. Falirikos Ormos’ coastline area, from New to Old Faliro, is projected to be a massive recreation and culture park with sports facilities, event spaces, and a visitable aquarium. 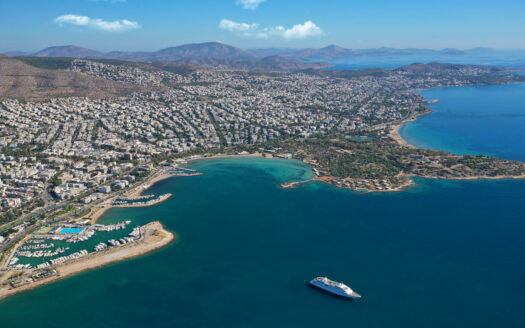 Modern life in the Athenian Riviera

Sep 01, 2022
RENOVATION OF ATHENIAN RIVIERA Summer enthusiasts will find themselves in heaven on the Athenian Riviera. From the ...
Continue reading 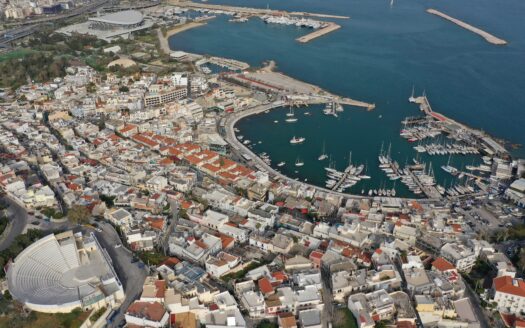 Aug 02, 2022
About Piraeus Piraeus is a city in Attica and the most important port in Greece, the Eastern Mediterranean, and Eur ...
Continue reading 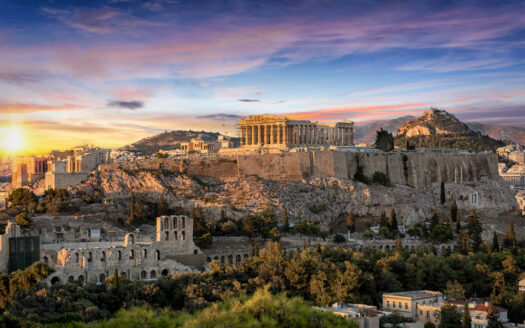 A few words about Athens

Jul 26, 2022
A few words about Athens Since 1834, Athens has served as Greece’s capital and the country’s largest an ...
Continue reading
We use cookies on our website to give you the most relevant experience by remembering your preferences and repeat visits. By clicking “Accept All”, you consent to the use of ALL the cookies. However, you may visit "Cookie Settings" to provide a controlled consent.
Cookie SettingsAccept All
Manage consent

This website uses cookies to improve your experience while you navigate through the website. Out of these, the cookies that are categorized as necessary are stored on your browser as they are essential for the working of basic functionalities of the website. We also use third-party cookies that help us analyze and understand how you use this website. These cookies will be stored in your browser only with your consent. You also have the option to opt-out of these cookies. But opting out of some of these cookies may affect your browsing experience.
Necessary Always Enabled
Necessary cookies are absolutely essential for the website to function properly. These cookies ensure basic functionalities and security features of the website, anonymously.
Functional
Functional cookies help to perform certain functionalities like sharing the content of the website on social media platforms, collect feedbacks, and other third-party features.
Performance
Performance cookies are used to understand and analyze the key performance indexes of the website which helps in delivering a better user experience for the visitors.
Analytics
Analytical cookies are used to understand how visitors interact with the website. These cookies help provide information on metrics the number of visitors, bounce rate, traffic source, etc.
Advertisement
Advertisement cookies are used to provide visitors with relevant ads and marketing campaigns. These cookies track visitors across websites and collect information to provide customized ads.
Others
Other uncategorized cookies are those that are being analyzed and have not been classified into a category as yet.
SAVE & ACCEPT
Powered by